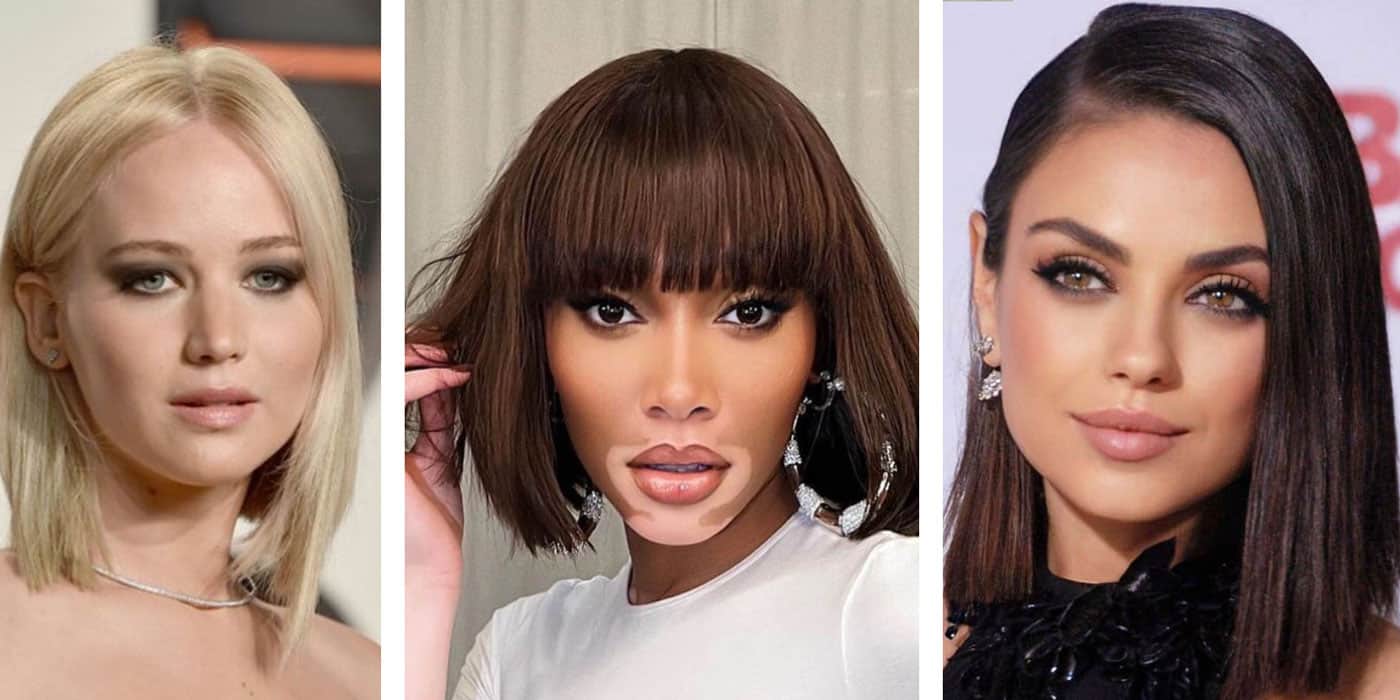 It’s become a recent trend among celebrities to ditch their long tresses for short, chic lobs. It may be hard to believe but there are many different ways to wear short hair.

Some wear it wavy and some wear it straight, some with a fringe and some with the front longer than the back. Personally, I love the short hair trend, I find it has class, and everyone can pull off the look.

If you’re worried about missing your long locks, remember you can always put on extensions!

There are many advantages to short hair. It’s a lot easier and quicker to wash and style, it also won’t get in the way as much. You’ll feel lighter and freer.

Short hair can also take decades off your face and at the same time make you look maturer. These are just a few reasons to jump on the bandwagon.

Are you still wondering if short hair is for you? Check out these hairstyles below to get some serious hair that will inspire you to get the chop!

Celeb Haircuts That Will Inspire You To Get The Chop

Holly’s shorter lob was one of the main talks on I’m a Celebrity, fans couldn’t understand how she is looking younger and younger. We, on the other hand, know it’s that snazzy lob!

Hailey Bieber’s long lob is choppy, it accentuates her cheekbones and defines her jawline. In my humble opinion, she totally kills the look. Style it with 2 cute braids to complete the look!

I’m generally not a fan of the Kardashian/Jenner clan. It’s all a little too fake for me. However, one thing I can’t deny is Kendall Jenner’s natural beauty. Whatever she tries, she pulls off and looks totally gorgeous!

However, don’t let that put you off trying a layered lob look. If you have straight or wavyish hair that’s not too thick, this lob is ideal for you! With a bit of styling, you can kill the look!

Whether you like Victoria Beckham or not, one thing we can all agree on is that she managed to totally rebrand her look. Nowadays she’s all about class, which is a far cry from her streety look back in her Spice Girls days!

Victoria Beckham’s lob is choppy with some natural waves. It radiates confidence and class, and who doesn’t want that?!

Longer at the front and shorter at the back is a common way to style short hair. It’s flattering and gives your hair a longer look, even though it’s short.

Jennifer Lawrence looks fab in this blonde look which is lighter than her usual hair. Also, I’m loving the straight hair on her too!

This image may be from over a decade ago, but it is still pretty and flattering! The main advantage of such a look is how fuss-free it is! It needs barely any styling and takes super-quick to dry.

Not everyone is daring enough to get a pixie cut, but if it’s something you’ve always wanted to try, then go for it!

Mila Kunis usually rocks long hair, but how fab does she look with short hair?! Short hair allows the face to get more attention, allowing your beautiful features to shine!

Although Winnie Harlow is probably wearing a wig in this picture, it’s totally a look she can pull off with her hair too! That being said, if you’re worried a short bob with a fringe isn’t for you, testing it out with a wig is a great idea!

Kristen Bell is one of the few celebrities that more often than not has short hair. From straight to curly and bobs to lobs, she’s tried it all! This stick straight ombre hair look is daring yet stunning!

This is definitely one of the more daring looks out there, however, Selena pulls it off just fine! It’s ideal for those with wavy hair that’s not too thick. Add a wispy fringe to complete the look!

I hope you have enjoyed these celeb haircuts and I hope they have inspired you to get the chop! Don’t be afraid, if it’s something you’ve always wanted, you can do it!