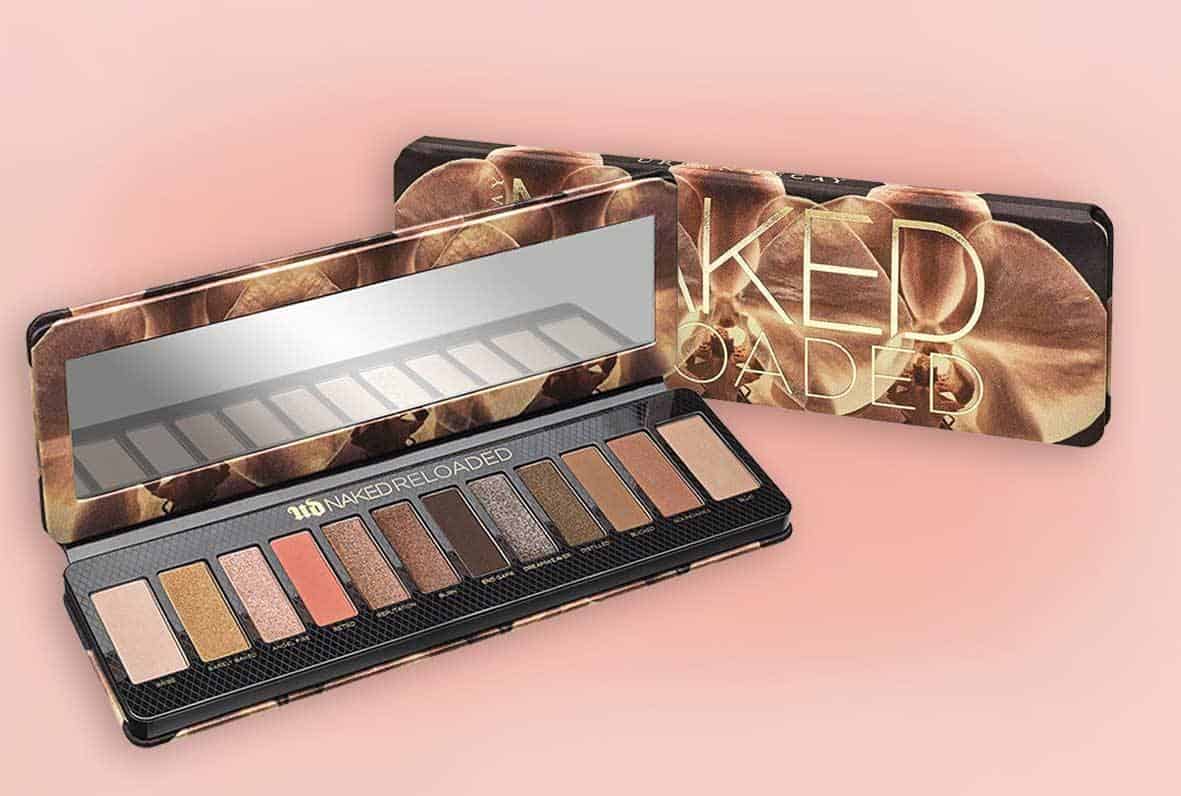 Ever since the big announcement that there will be a new Urban Decay Naked palette, everyone has been holding their breath to see it! Well, the Naked Reloaded is finally here. It was just released last night, although some lucky people in the US have been able to buy them a little earlier from a vending machine. Yes, a vending machine! It’s a shame I live in the UK!

If you aren’t familiar with the Urban Decay palettes then let me explain all the hype to you. Last August Urban Decay suddenly announced that they were discontinuing their original Naked palette. This led to half of the beauty world being in mourning. It was a dark day indeed. That was until a few weeks ago when they announced that they are bringing out the Naked Reloaded. The Naked Reloaded is supposed to be a better version of the original Naked palette, it’s a neutral palette with 12 revised colours.

The Naked Reloaded comes with 12 neutral shades, each of the colours are supposed to be universally flattering- “shades designed for everyone—for any age, gender, and skin tone”. That sounds almost too good to be true. The palette comes with 6 mattes and 6 shimmers. I really like the combination of colours, I like that there are enough base colours and there are enough blending colours that are matte. The shimmers are also beautiful, my favourite shimmer is probably Burn, although I love Reputation and Dreamweaver too. Oh, it’s a hard choice.

What I love about the palette

Ok, so my favourite improvement in the Reloaded palette is that the most commonly used colours have the biggest pans and the second most commonly used colours have slightly bigger than all the others. I love this feature for the simple reason that I always finish the nude colours first, and then I have to use two different palettes when doing my makeup (and I’m usually in a rush, so spending an extra second fumbling about with another palette is a time waster!). The bigger pans is a clever feature that I’m sure you will love, it makes the palette so much more practical, for holidays and use too! I think other makeup brands should take note of it, although I’m pretty sure there are some that have already. Still, a clever move for Urban Decay.

I also prefer the new combination of colours to the original Urban Decay colours but there’s more on that below.

Differences Between Naked Reloaded and the original Naked Palette

As you can see Urban Decay have moved away from the gold and copper vibe to more of a brown feel with some pinks added too. There’s Retro which is a bright coral and Reputation which also has a slight pink tone to it. There’s also Angel Fire which is shimmery light pink. It would look gorgeous under the eye.
Personally, I prefer the Naked Reloaded colours to the Naked colours, they are more subtle and more suitable for 2019! However, that is my personal taste, which one do you prefer?

Do you see what I’m seeing?!? The two palettes are almost carbon copies of each other. Unbelievable, right? It’s funny because in my review on the Sultry palette I do compare it to the Naked 2 palette, but it is nowhere near as similar as these two. The whole vibe of these two palettes is the same. The colours of the Sultry palette are slightly cooler than the Naked Reloaded but oh my, they are otherwise the same. I’m not sure how I feel about this:|

Are you a Naked lover or do you think their palettes are over-hyped? What do you think of the new Urban Decay Naked palette? I know this is quite a topic- I think the internet has been divided in half over the new release with half being obsessed and half disliking the palette before they even got to touch it. As a self-confessed beauty-obsessed person, I find it hard to hate any makeup, however, I do hear their side. Which palette do I prefer? It has to be the ABH Sultry. I think overall it is better quality and I prefer cooler toned colours simply because I think I suit cooler colours more than warmer ones. I also think that the Sultry colours have more depth and range to them.

Which palette is the one for you? The Naked Reloaded or the ABH Sultry? Do you find the Naked Reloaded a dupe of the Sultry? What I really wonder is what does Anastasia Beverly Hills think of the Reloaded? Are they flattered or outright annoyed. Let me know your thoughts in the comments below!

Urban Decay Naked Reloaded can be bought from Urban Decay